Cecil Beaton lived at 8 Pelham Place from 1940 to 1975. He paid a few thousand pounds for it as houses weren’t very expensive in those days and Kensington and Chelsea were not as smart. He had a Frank Dobson sculpture in the hall where he would hang his hat so you knew whether he was in or not. 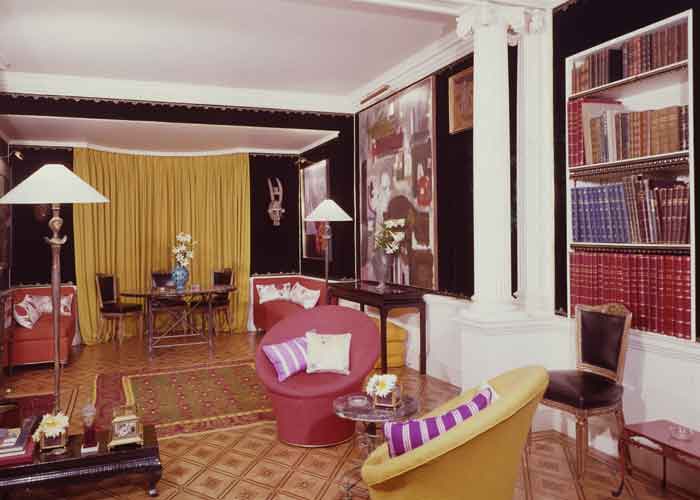 Beaton hosted many parties. In the 1960s, the ladies wore stilettos, and he used to point to the marks on the floor and say, “That’s Princess Marina, that’s Julie Andrews, that’s Vivien Leigh”. The property was said to be haunted by the ghost of a little girl walking out of the wall. Beaton had a priest in to exorcise it.

Beaton designed the costumes for the film version of My Fair Lady, and dressed Audrey Hepburn. He loved her. When I interviewed her and asked what it was like being photographed by Beaton, she said, “Like every girl I wanted to be beautiful. And between the clothes and the photograph, I looked smashing”.

Oliver Messel, the stage and interior designer, lived opposite. Beaton hated him. When he was asked his opinion of Messel’s home, he said, “It’s fine, but Oliver should have employed a decorator!” But when he heard of Messel’s death in 1978, he burst into tears. Beaton himself died two years later.

Beaton used the property as the location for his work. He was often the first person to photograph figures of the moment, such as Marianne Faithfull, Mick Jagger, David Hockney and Princess Margaret. He shot Twiggy at the house.  He took one look at her and said, “She’s an elf, we must put her up high”.

When the Russian ballet star Rudolph Nureyev came to the house to be photographed, he didn’t like the pictures and stabbed them with a pencil.